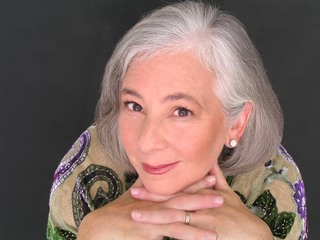 Jan F. Constantine currently serves as General Counsel for The Authors Guild, a non-profit organization representing a membership of over 8,000 published authors and freelancers. In this capacity, she is responsible for overseeing The Authors Guild, et al v. Google, Inc., a class action lawsuit, filed in September 2005. The settlement of the Google case was announced on October 28, 2008 and a fairness hearing will be held on October 7, 2009.

Ms. Constantine has also been Of Counsel to Constantine Cannon since July 2005 and, on January 1, 2007, became a Partner of the Firm. Ms. Constantine specializes in intellectual property and employment law, and has counseled clients in numerous areas including the First Amendment, copyright, advertising and marketing and, antitrust and trade regulation.

From April 1991 through June 2005, Ms. Constantine was employed by the News Corporation (“News Corp.”) as Senior Vice President, and as Executive Vice President and Senior Deputy General Counsel of its wholly-owned U.S. subsidiary, News America Incorporated. During her fourteen-year tenure at News Corp., Ms. Constantine was responsible for legal matters for U.S. operations encompassing litigation, intellectual property mergers and acquisitions, bankruptcy, antitrust and trade regulation, First Amendment, and employment and labor. She also supervised the in-house legal department and outside counsel in dealing with these matters.

From 1982 until 1991, Ms. Constantine served as Staff Attorney, and then Deputy General Counsel for Macmillan, Inc., a multi-national conglomerate engaged in publishing, information services and electronic publishing and language instruction. Ms. Constantine was also an Assistant United States Attorney, Civil Division, in the Eastern District of New York from July 1977 to November 1982. In April 1982, she was appointed Deputy Chief of the Civil Division. Ms. Constantine was also an attorney with The Federal Trade Commission in its New York Regional Office (May 1975 to June 1977), and the Bureau of Consumer Protection in Washington, D.C. (September 1973 to May 1975),

Ms. Constantine has lectured extensively on various subjects relating to intellectual property, employment law, Sarbanes – Oxley and corporate governance. Since 2006, she has participated in numerous panel discussions on the Google litigation sponsored by the Copyright Office, Copyright Society, the Bar Association of the City of New York and the New York State Bar Association among others. She has been a frequent participant in conferences organized by the Media Law Resource Center (“MLRC”), and is one of the organizers of the MLRC’s Oct. 2009 U.K. Conference.

Ms. Constantine performs Cabaret at various venues in New York, and is one of 31 contributors to a collection of essays entitled Empty Nest, published by Hyperion Press in May 2007. She is a member of the City Bar Chorus, sponsored by the ABCNY, and the Congregation Rodeph Sholom Adult Choir.

The Empty Nest: 31 Parents Tell the Truth About Relationships, Love and Freedom After the Kids Fly the Coop
A heartwarming, wry, and often surprising collection of essays about the next rite of passage for Baby Boomers: what happens when the kids leave home.